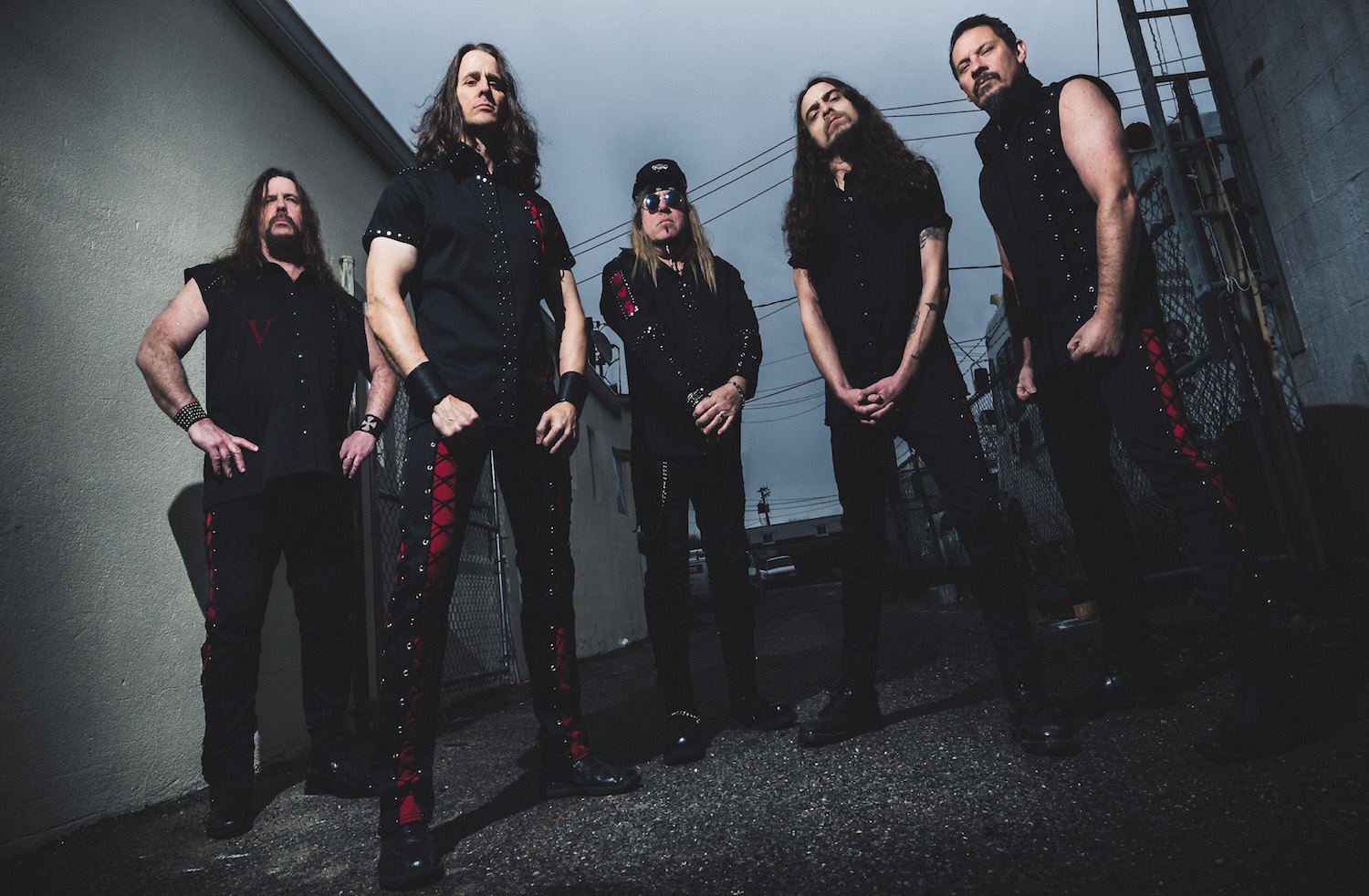 The band Riot started out in 1975 and became one of the real originators of true American old-school heavy metal, and despite numerous lineup changes, they never faded away and persistently waved that flag and carried the torch of which the righteous heavy metal flame perennially burned throughout. Up until 2012, Riot still had one original and founding member in guitarist Mark Reale, but he passed away that year, and this is where the life story of this band took a pleasantly surprising and unexpected turn. With no original members left but a full lineup of undeniably excellent musicians, the new incarnation of Riot decided to move forward with the moniker of Riot V, aiming to pay tribute and homage to Mark Reale but with a clear focus on writing brand new material. The Riot V debut album ‘Unleash the Fire’ (2014) is glorious in every sense of the word and stands as one of the finest traditional / power metal releases to have surfaced since year 2000. Did this band have more than one album in them? As we get ready for the release of the follow-up LP ‘Armor Of Light’, I am pleased to report that the answer is an emphatic Yes.

For true old-fashioned album listeners, the scrutiny of any album begins with the cover art, and Riot V have really left no stone unturned in making the ‘Armor Of Light’ cover rival that of any and every past Riot / Riot V release in sheer quality, power, impact and entertainment value. Johnny the seal mascot is all over this one, and this might well go down as the best album cover of this band’s discography. Nothing screams Riot more than this cover, and further raises expectations from the music itself. With an opening track of the class, finesse and panache of ‘Victory’, Riot V waste no time whatsoever in putting you in the right frame of mind to fully enjoy and absorb this set of tunes. As an old-school heavy metal band you really cannot go wrong with such an uplifting, energetic, powerful and melodic tune as the aptly titled ‘Victory’.

While the guitar harmonies keep Riot V true to form and genre, the vocal harmonies they present throughout this album are just as brilliantly timed and placed, as evident on track #2, ‘End of the World’. The next song ‘Messiah’ is a clear throwback to the Thundersteel era of the band, unrelenting fast-paced power metal decorated with some mighty fine guitar riffs, soaring vocals, scorching solos and tradeoffs, and fist-raising harmonies. This speed demon is followed by the chilled-out, mid-paced ‘Angel’s Thunder, Devil’s Reign’ which allows the listener to settle into a delightfully galloping rhythm. ‘Burn the Daylight’ is an upbeat, feel-good rocker, while track #6, ‘Heart Of A Lion’ is another relentless rager that is sure to please fans of the band. In its first half itself, this album presents so many winner tunes that it becomes a must-buy purely on the strength of the first 6 tracks alone.

The title track ‘Armor Of Light’ keeps the momentum going, and serves as an accurate representation of what this album is all about. ‘Set The World Alight’ is a slower, more ballad-like composition higher on the melody quotient than the other songs on offer here, but Riot V excel at it just as much as they do at the faster-paced tunes. Then comes ‘San Antonio’, a clear and fitting salute to the band’s deep connections with the Texan city of the same name. ‘Caught in the Witches Eye’ is another well-orchestrated change in tempo, ‘Ready to Shine’ is heavy on the riffs, and the album comes to a close with one final fast-paced power metal banger, ‘Raining Fire’.

The only blemish here is the number of songs. The album would have been absolutely perfect if it was 10 tracks or less, but with 12 on the standard edition, it overshoots that mark just a little bit. But that is the only possible flaw to be pointed out in what is without doubt a fantastic exhibition of true heavy metal done right. Vocalist Todd Michael Hall has given this his 100 percent and delivered the goods with a top-notch performance, as the result is here for everyone to hear and revel in. Every single guitar riff, solo and harmony that the band’s longest standing member Mike Flyntz has laid down is epic in no exaggeration of the word, while his six-stringed partner-in-crime Nick Lee also doubles down, harmonizes and trades off with Flyntz to make this a high-quality album on the guitar front. The rhythm section of Don Van Stavern (bass) and Frank Glichriest (drums) does not disappoint either, specially shining bright in those fast power metal segments.

In times when old bands are hell bent on destroying their own legacy with unrecognizable member lineups, sub-par albums and abysmal live performances, even as they continue to use their name when it stopped making sense to do so a long time ago, Riot V is the only exception to the trend. This band is showing how it is done. True fans of the band Riot, as well as of this style of music in general, would hope that Riot V does not go away any time soon, and these metal warriors keep on shining on, because ‘Armor Of Light’ is, in no uncertain terms, heavy metal perfection.