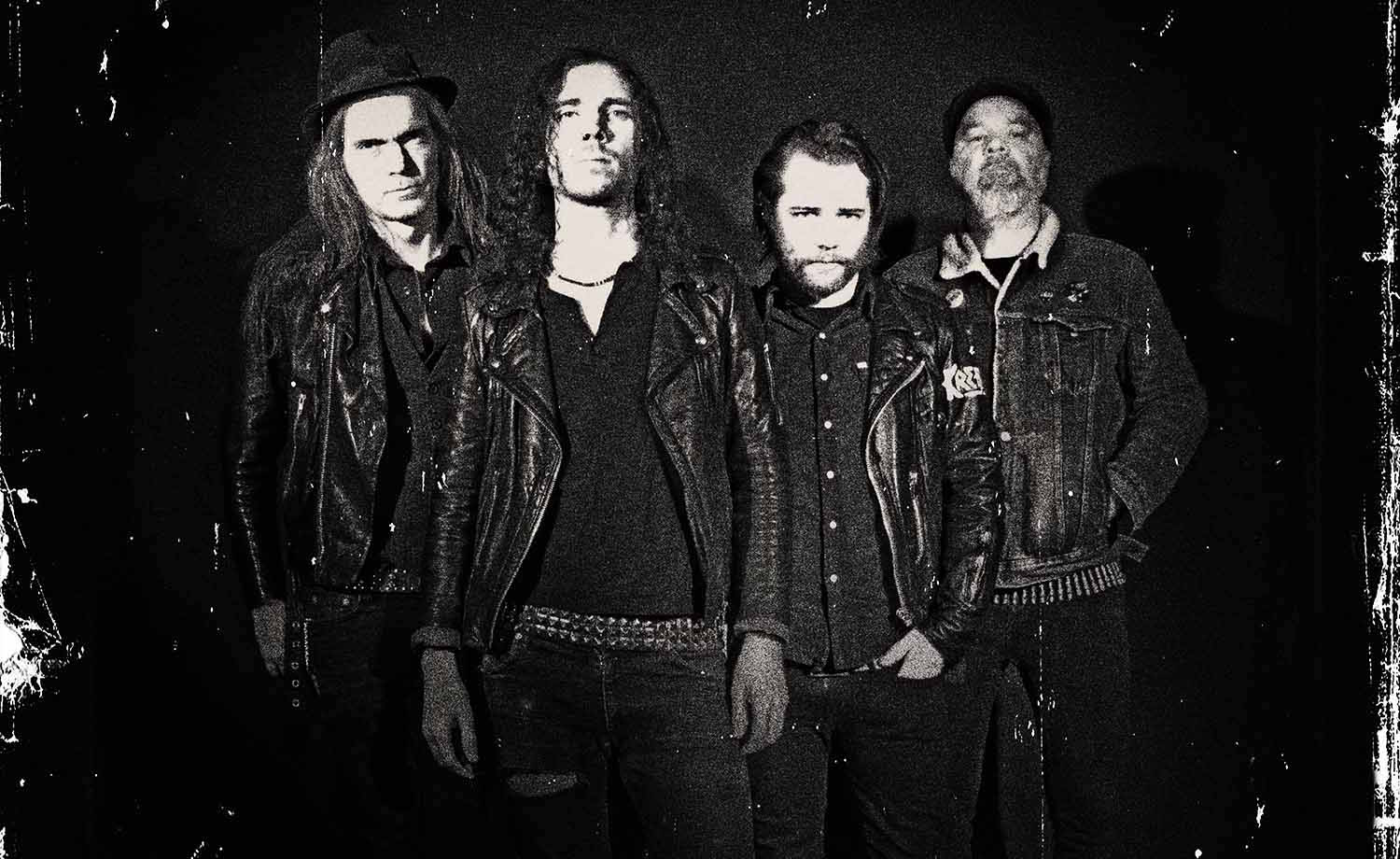 Amidst the limitless plethora that is the Swedish heavy music scene, there was a band called Black Trip, featuring two members of Enforcer, a group well-known among traditional metal enthusiasts all over the world. Guitarist/vocalist/songwriter Joseph Tholl led Black Trip to create two fantastic albums ‘Goin Under’ (2013) and ‘Shadowline’ (2015), musically much different from Enforcer and more in the vein of contemporary-sounding classic hard rock. But complications with the name led to Black Trip becoming Vojd. The first album under the new name is called ‘The Outer Ocean’ and is set for worldwide release on February 23 via High Roller Records. Joseph Tholl spoke to Metal Assault recently to discuss all things Vojd. Enjoy the chat below, listen to the single to get a taste of the new album, and be on the lookout for the best new musical offering from Sweden!

Joseph, it’s good to talk to you again! First of all, just so everybody is clear, tell me about the name change from Black Trip to Vojd. What is the story and reason behind that?

Actually, I’ve been telling the truth in interviews. We had some problems when we were releasing the last Black Trip album ‘Shadowline’ in the US, because of another band called Black Trip. They wouldn’t let us use the name, so we couldn’t release the record over there. So we had to pull the record back and they claimed the name, and forced us to change it. We tried a bunch of stuff like “Black Trip Sweden” and all that, but it wouldn’t do for them. So we had to change it to something completely different. The option was to use another name for the US and keep Black Trip for the rest of the world, but we thought, fuck it, let’s just start over and have our own name. We chose the weird spelling with the ‘J’ instead of the ‘I’ just to make sure that we were unique and the same thing wouldn’t happen again. So that was actually the reason, and then this big story built up, and I think people got the impression that we had a great idea of this, changing the lineup and name at the same time, and stuff like that. But in reality, things just happened and there was no big plan of it all, you know.

Wow, that’s interesting. I didn’t think that would be your answer. I also thought the change was because of the lineup change. But at least the band is continuing under a different name. The first album under the Vojd name, ‘The Outer Ocean’, is coming out February 23rd. I listened to it, and it’s just a continuation of Black Trip in many ways, isn’t it? Would you agree with that?

Yeah, of course. It’s the third Black Trip record, that’s how I see it and that’s how I want people to see it as well, but I know people think differently. Some realize it’s the third album, some think it’s the first one. That’s just up to people, but for me it’s the third album. It has the same basic elements of what Black Trip has, but may be a step further into something else as well, and that’s important to me, to make it sound different, special and unique from the other records. I’m never going to make a record that sounds the same as the previous one. There are too many things that I want to do, so I just take the opportunity to explore new stuff every time we make a new record. Hopefully people go along with that! It’s worth taking the risk of losing fans, you know what I mean? There will always be people that say the first album was the best, and stuff like that. There’s nothing you can do about it, and you just have to do it like you want. 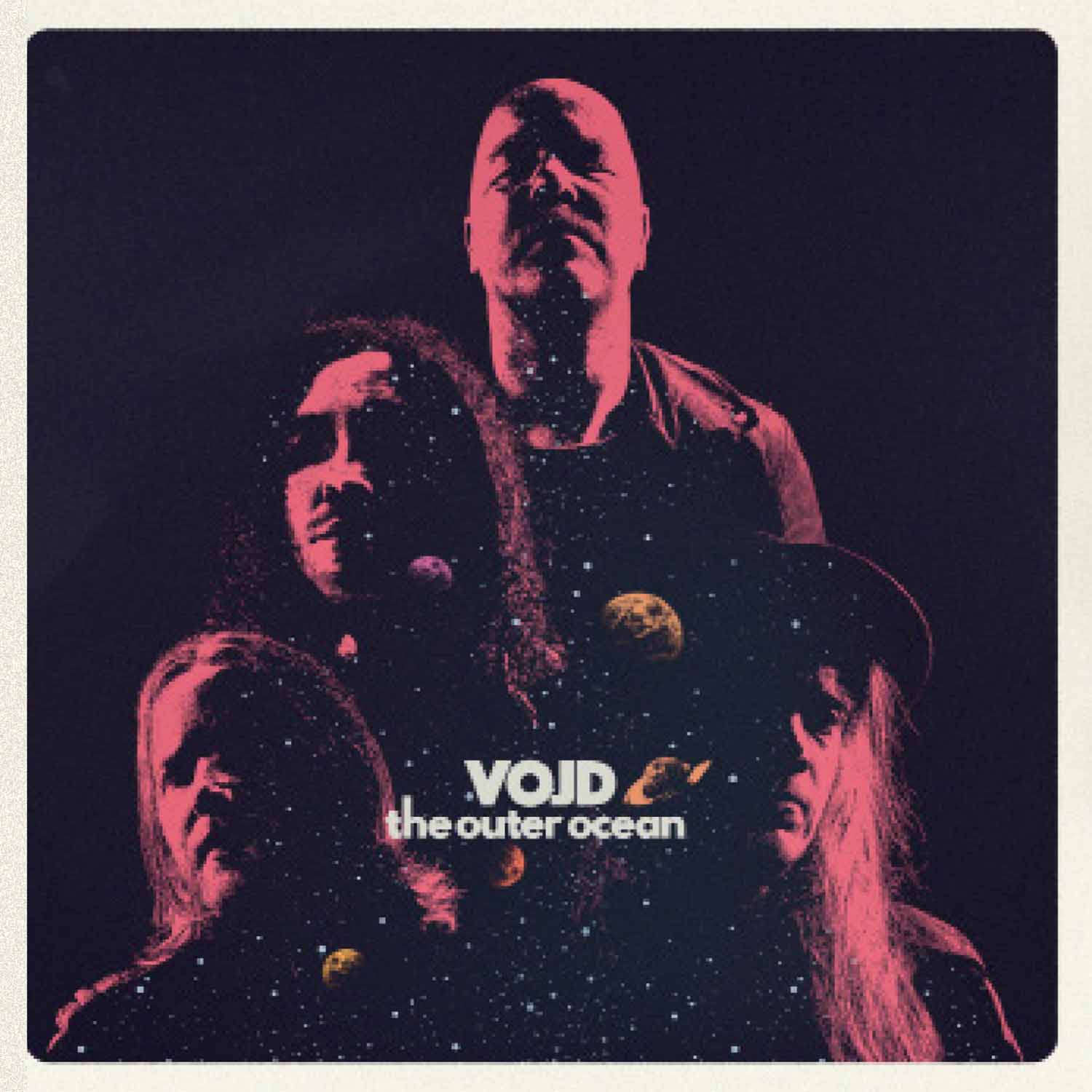 Exactly! The album is a little over 40 minutes long, but it has 11 tracks, which I like. Did you write a lot of songs for this?

I wrote about half of the songs, and I always write all the lyrics and vocal lines. So it’s up to me to make the verse and the chorus, you know.

I think in terms of the musical style, what I like about Black Trip and Vojd is that it’s very influenced by the classic hard rock going back to the ’70s. Not necessarily that much of the ’80s, but more ’70s, and I like it because it’s going back to the roots of heavy music.

Yeah, I guess. It’s in the blood, in a way. But I always try to make it sound fresh as well, because I’m not a big fan of the … how do you say, trying to sound like ’70s, or trying to do something that has been done before. I want to see us as a contemporary band that is here right now and trying to take the inspiration that we have from bands that were working in the ’70s, but then try to renew it so it would sound like it’s actually 2018, in a way.

That should be the aim. So, is Vojd going to be a full band, playing shows and everything? It’s not just a studio project, right?

No, we’ll try to do as many shows as we can, and I’m right now working on booking shows. I think it would have been easier if we were Black Trip, still. We did some successful shows in Europe under that name, so that would have been easier, but as soon as the album comes out, I think people will realize that it’s just the same band and we can start working on that even more. But yeah, I’m booking shows right now, we’re starting out in Sweden for the album release, and we’ll try to reach as many places as possible. It would be awesome to go over to the US, for example.

Is that why you didn’t play in the US as Black Trip, because of the issues with the name?

No, not really, actually. We were talking about going there even before this happened, but for some reason, it never worked out. But we will try to make it work now with Vojd.

That would be great. So right now, besides this and Enforcer, are there any other projects that you are working on or involved in, or is this it for now?

I’m working on a solo album, actually. I don’t know how long that is going to take, but it will take as much time as it has to. Other than that, I’m doing Merciless, still. We’re doing a couple of shows in South America soon. So yeah, there are some projects going on. Robert Pehrsson’s Humbucker as well. I’m writing with him right now. He is doing his third album. So there is a little bit of everything going on.

And all these bands are totally different from each other. Vojd/Black Trip is very different from Enforcer, and of course Merciless. So that must be a good feeling for you as a musician to be able to do these things. Not a lot of people are able to.

Yeah, that’s true! I have always worked in that way. I have a very broad taste of music, so there’s always new things that I want to do. And for this record I’m happy that we could put in songs like ‘Dream Machine’ and stuff like that, because I write a lot of songs of that style and we realized that it actually works in this band, to have a song like that on the album. It just adds to the dynamics of it. So, that’s fun.

Totally, man. So, when you write these songs, do you ever think about whether you’d be able to play it live, or do you just write whatever comes and you worry about it later?

That’s always a tough question (laughs). When you’re in the studio, you do whatever you want to make the album sound great, and then you will have to worry about it later. You’ll have to pick songs that are working live. Like, take ‘Dream Machine’ for example. It’s based on piano, and we don’t have a piano player, so we’ll see what we do about that, if we can do that live. I’m sure we can do it with just guitars and we’ll just have to make another version of it which probably works fine. But, I don’t want to limit myself in the studio because of the live situation. It’s better to just focus on the album and make it as good as you can.

I have to agree! And lastly, aside from all the different things you’ve done in bands over the years, is there anything that you haven’t done that you’d like to do, in terms of musical styles or anything like that?

Yeah, lots of stuff! (laughs) Well, I’m doing the solo album for myself right now. That will be a little bit different, probably on the style of ‘Dream Machine’ and more of bluesy, jazzy, soft rock, something like that. But yeah, there will be lots of other projects, I think.