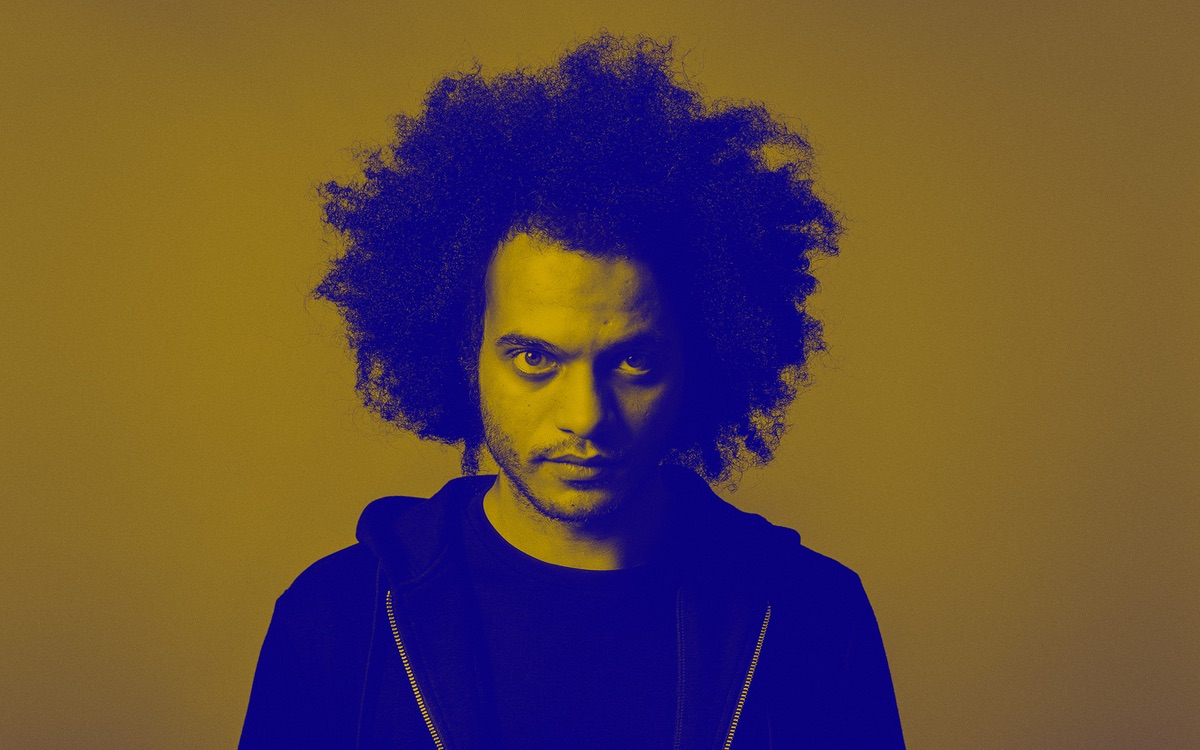 August 19th 2017, The Hi Hat, Los Angeles CA: Zeal & Ardor is the brainchild of Swiss-American musician and composer Manuel Gagneux, which he created when someone challenged him to mix two seemingly incompatible styles of music: black metal and African-American slave blues. Following the success of the debut album ‘Devil is Fine’, Zeal & Ardor is now performing live as a full six-piece band, and played their first show in the United States last Saturday August 19th at the Hi Hat in Los Angeles. What started out as a dare on an internet forum has rapidly evolved into something unique, groundbreaking and spellbinding, and the fortunate audience here witnessed it firsthand.

Located in the Highland Park region of Los Angeles, the Hi Hat has come up quickly as one of the best new LA venues within a mere year since its 2016 inception, and clearly for good reason, as first-time attendees would discover. The spacious room exudes a friendly, welcoming vibe, the alcohol prices are reasonable, but most importantly for concertgoers, the stage size makes for an intimate setting and the sound quality is top notch. Even though plenty of people had come from nearby and distant parts of LA to attend this show, the demographic of this part of town turned out to be just the right fit for a band like Zeal & Ardor, and it certainly resulted in a great LA debut for them.

Promptly at 10 o’ clock, Zeal & Ardor stepped onto the stage amidst huge cheers from an eager yet patient crowd, and laid into a 60-minute set that comprised 6 of the 9 tracks that made it on ‘Devil is Fine’, and quite a few other unreleased tunes. Anyone who had listened to the album would have been intrigued by the possibility of the same sound recreated on stage, and this performance was not only everything one would have imagined, but so much more. Manuel Gagneux himself fronted the band on lead vocals and guitar, but had two back-up singers either side of him to put forth all the gang vocals to great effect. The band’s live sound definitely carried a degree of rawness and intensity which you won’t find on the more refined studio versions of the same songs. When delivered on stage, the black metal as well as blues elements are much more enhanced in their impact, and this is the single most striking feature of Zeal & Ardor the live band. ‘In Ashes’, ‘Come On Down’ and ‘Children’s Summon’ were some of the highlights of the set, but the entire set felt like one 60-minute ritual which ended aptly with the ‘Devil is Fine’ chant itself.

The crowd was the perfect blend of metalheads and non-metalheads this kind of project would be expected to draw, and while some were losing their minds head-banging and raising fists and invisible oranges to the black metal segments, others simply stood spellbound and stunned. Manuel himself looked amazed by the crowd’s response. Everyone in attendance truly felt they were witnessing something special, because it is clear that sooner than later, Zeal & Ardor will return to Los Angeles and play bigger venues.

In the year 2017, the world is plagued heavily by nostalgia, and in the realm of music, the common belief is that everything has already been done to death and is being recycled and repeated. Zeal & Ardor is here to prove you wrong.