August 13th 2017, Greek Theatre, Los Angeles CA: Two legendary classic hard rock bands that have been in existence for nearly five decades and have inspired several subsequent generations of rock and metal bands, Deep Purple and Alice Cooper embarked on a North American co-headline tour in August 2017, with Edgar Winter Band as the support act. While Deep Purple continues the “long goodbye” tour, Alice Cooper is supporting his 2017 full-length release ‘Paranormal’, and of course, playing all the hits. After the kickoff show in Las Vegas on Saturday the 12th, the touring party arrived in Los Angeles for a sold-out show at the picturesque Greek Theatre on Sunday August 13th.

Doors opened as early as 5 PM and the Greek filled up fast, as a nearly packed house greeted the Edgar Winter Band who began proceedings at 6:45 with a thoroughly entertaining 45-minute set. The 70-year old Edgar Winter certainly proved himself to be as good as the other two frontmen that took the stage later, and some might even say he was the best of the three, not only in terms of vocal delivery alone, but also because of the fact that in addition to singing, he played keyboard, piano, saxophone and drums through the set. Songs like ‘Rock and Roll, Hoochie Koo’ and ‘Frankenstein’ are absolute classics and the Edgar Winter Band did full justice to them, but the longest and most enjoyable segments of the set were Edgar Winter’s duels with each of his (much younger) bandmates, and he beat all of them fair and square. The entire crowd was amazed and pleasantly surprised by how great this band was as the opening act, and besides the exploits of the co-headliners, this was a very welcome added bonus for all in attendance. 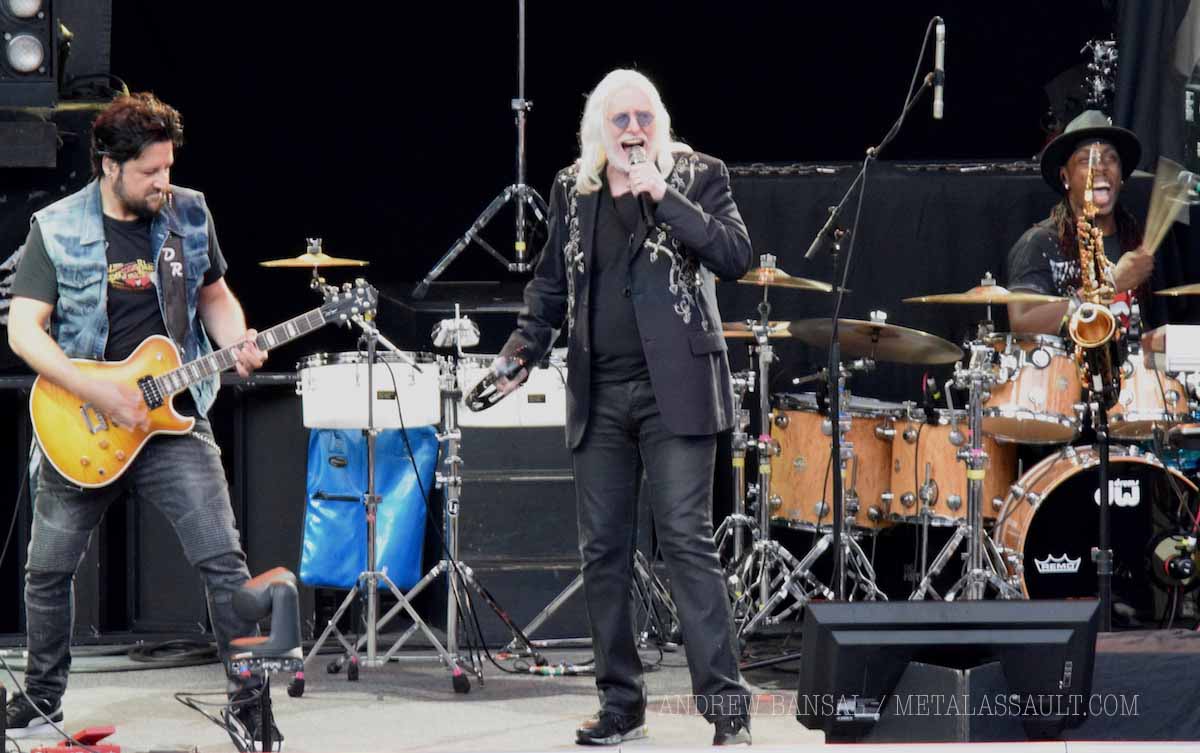 Next up at 8 o’ clock, the giant curtain engulfing the Greek Theatre stage came tumbling down, and out came iconic, evergreen shock rocker Alice Cooper, along with his band of top-class musicians and posse of performers, with the stage now decorated with props galore. Los Angeles gets a dose of the Coop on a yearly basis without fail, yet his show simply never gets old and is guaranteed to rock and thrill every time. Even though some of the hits always stay in the set, as they should, Alice Cooper is known to mix up set lists from one tour to the next, and along with all the expected classics, the song selection for this run interestingly represents albums like ‘Brutal Planet’ (2000), ‘Dirty Diamonds’ (2005) and ‘Old School’ (2012), plus, of course the newest effort ‘Paranormal’ (2017). This 70-minute set is a far more comprehensive encapsulation of Alice Cooper’s discography than that of any of his recent tours,  and truly showcases the man’s longevity and consistency in delivering quality tunes, a trait very, very few other five-decade-old bands or artists can honestly claim.

Aside from the frontman’s own antics, an Alice Cooper show focuses heavily on the band as well, and those in the audience witnessing this show for the first time really get to know the entire band by the end of the set, not just Alice Cooper himself. All five of his band mates each get their moment in the spotlight and clearly revel in it, showing that they belong. Ryan Roxie, Nita Strauss and Tommy Henriksen (guitar), Chuck Garric (bass) and Glen Sobel (drums) constitute a lineup that’s been solid for the past three years now, and deserves full credit for every successful Alice Cooper show.

With the classics, the deep cuts and all the theatrics he is known for, Alice Cooper put on a phenomenal show here at the Greek Theatre, and deserved the closing/headliner slot, because he and his band departed the stage having delivered what was undoubtedly the best performance of the evening, by a fair margin. 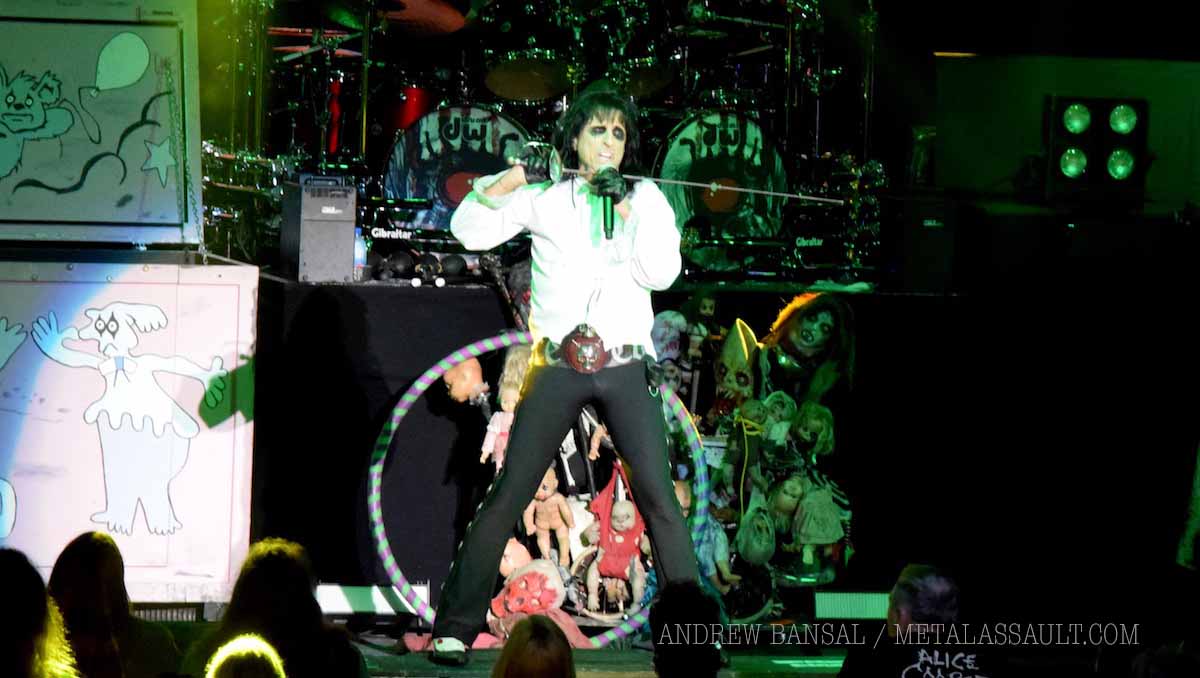 As the likes of Motley Crue, Rob Zombie and Marilyn Manson have found out at their own expense in the recent past, following an Alice Cooper set is an unenviable position to be in, and an insurmountable task to take on. As a member of the audience, after you have just witnessed a show as bombastic, dynamic, visually stimulating and aurally compelling as that of Alice Cooper’s, you do not want to see another band, you simply want to bask in what you’ve just experienced and take it home. Sure enough, many ticket holders here at the Greek were seen departing the venue (there is no re-entry allowed), because they had clearly paid their monies mainly to see Alice Cooper. Anyone residing in the neighborhood might well have thought that the entire show had ended, such was the exodus from the Greek. There was not a single empty seat to be found during the Alice Cooper set, but there were certainly quite a few while the headlining band played.

After the stage was stripped away of all that decorated it, Deep Purple  came out with a very barebones setup, and nothing other than the giant video screen in the backdrop, in the name of production. Playing after Alice Cooper’s epic set, they were up against it from the get-go, so they had to start strong, which they did with ‘Highway Star’ and ‘Fireball’, and then settled into their groove to play an 80-minute set. There is no denying that Deep Purple is a legendary band, and they deserve all the respect and admiration for inspiring and influencing so many bands and musicians in our beloved genre over the past five decades. Even now, the band features the longstanding trio of Ian Gillan, Roger Glover and Ian Paice, along with Steve Morse on guitar and Don Airey on keyboards, all great musicians without any doubt, and it is a treat just to get a chance to watch them play. But …

The performance definitely lacked spark and failed to hold the attention of the audience. In addition to people who left right after Alice Cooper was done, many more were leaving with every passing song of the Deep Purple set. Perhaps it was partly due to the fact that they played ‘Highway Star’ and ‘Fireball’ far too early in the piece, or more so because the older members of the band are simply no longer at the peak of their powers as live musicians. The classics were played, but the energy wasn’t there. This is billed as a co-headline tour but Deep Purple has closed both shows of the tour so far, and it is not clear whether the two bands will be switching slots at all, but it would serve Deep Purple a whole lot better if they just let Alice Cooper close the show. With the kind of production and theatricality he brings to the stage, it would make far more sense, and more importantly, this incarnation of Deep Purple would be better received by the audience if they play second to last. In all honesty, they do not have what it takes to headline over Alice Cooper in 2017, and their “long goodbye” tour may have already gone on for far too long.

Overall, a lopsided affair but worth the ticket price thanks mainly to the efforts of Alice Cooper and Edgar Winter Band. 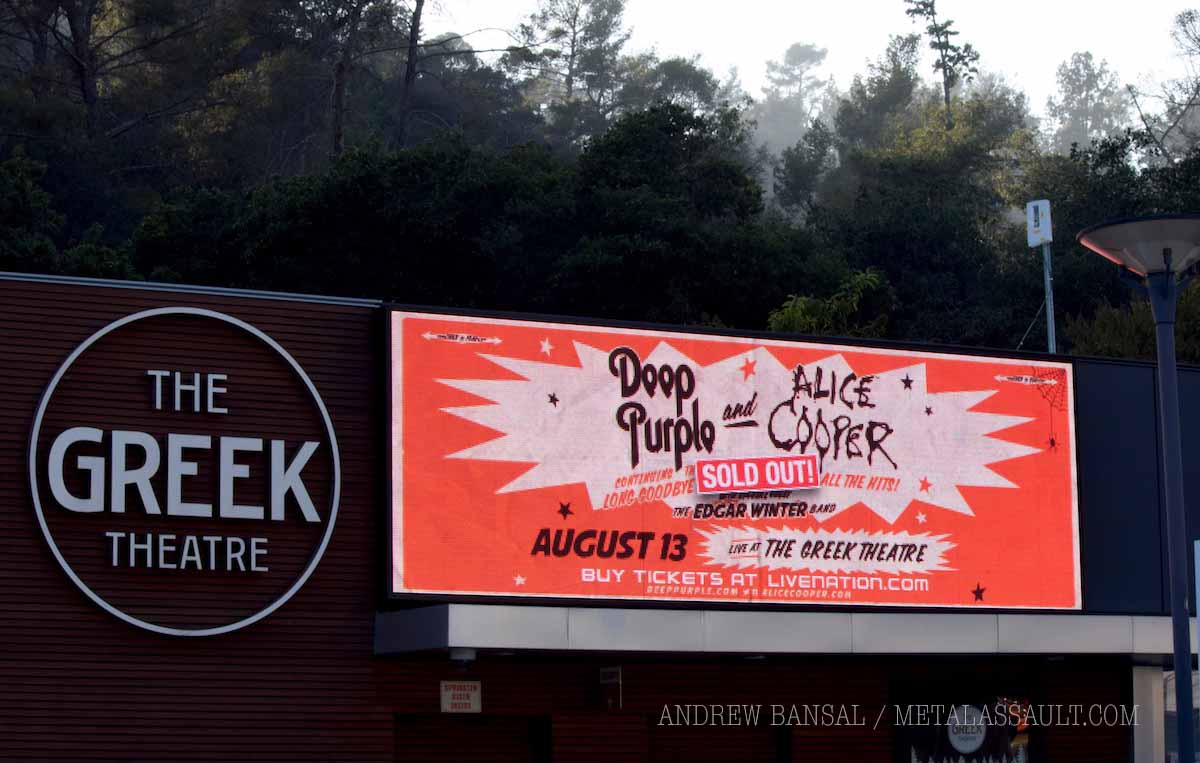